We are honoured to work with Turner Prize Winning Artist Mark Wallinger again, this time on a site specific artwork for Chiswick House, London, UK called British Summer Time. The artwork is a vast analemmatic sundial in the grounds of Chiswick House and forms part of their re-opening as a cultural hotspot in West London. We sponsored the entire installation and worked with Chiswick House and Mark Wallinger from the earliest conception of the installation, Throughout the project we researched and advised on the best materials to suit the brief and then conducted the complex measuring and installation on site with four of our team at Links Signs. 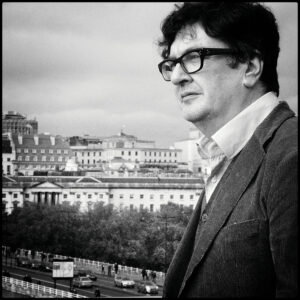 The sundial was precisely calculated to the coordinates of Chiswick House Exedra and was laid out as a vast ellipse (c. 20m by 7m) with stone spheres marking the hours of the day. Each stone sphere weighs in at 20kg and is held in place with steel rods and heavy duty steel plates in the grass of the gardens. To experience “British Summer Time” visitors are asked to stand on a central series of stone flag stones that show the months of the year. When standing on the current month, the shadow they cast points towards the correct time of day, positioning them within the Earth’s daily and yearly cycle around the sun.

Added to this experience of British Summer Time a musical box on the site plays the tune of a familiar waltz every hour as bubbles are released into the air.  British Summer Time is a celebration of the summer months and the joy of being outside in the sunshine, while the fragility of the bubbles and ephemerality of our shadows are evocative of the transience of all such moments.

“Links Signs were honoured to be asked to work on another public art project with Mark Wallinger and the great team at Chiswick House. We have had the pleasure of working with Mark before on the iconic Labyrinth project on the London Underground in 2013 and we jumped at the opportunity to sponsor this project for him at Chiswick House. It was a complicated brief and the creation of the sundial on site required lots of measuring that truly tested our mathematical abilities. It was a memorable and fantastic experience!  Mark told me he was absolutely thrilled with British Summer Time and so are we.” 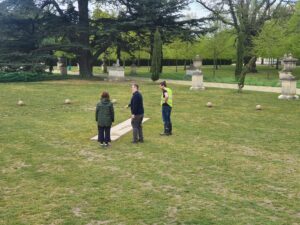