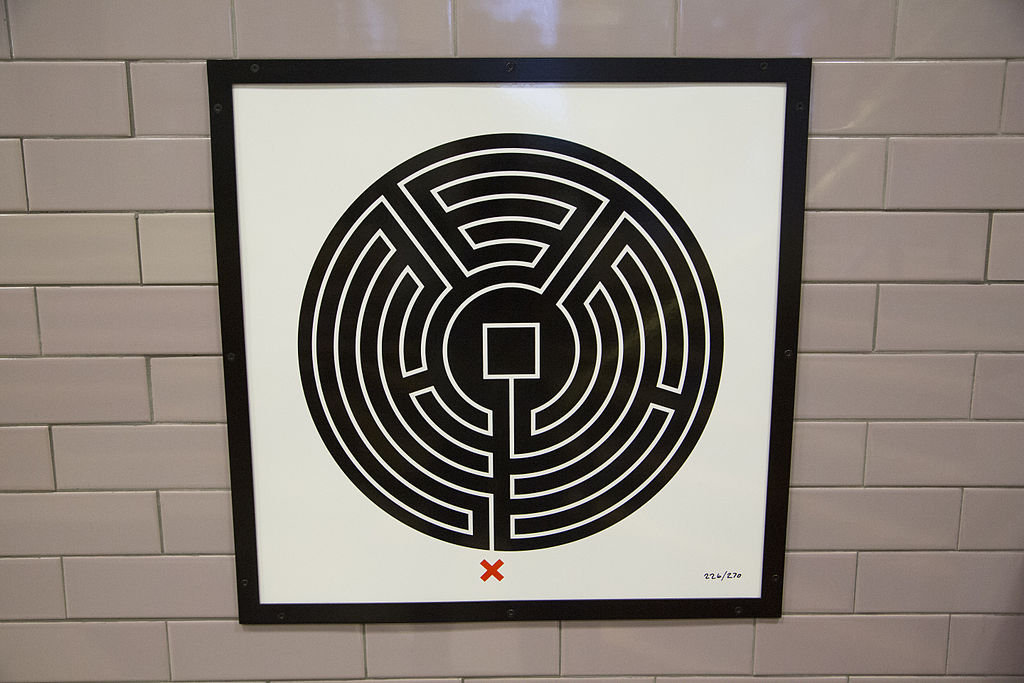 Art on the Underground, as part of the 150th anniversary of the tube, commissioned Mark Wallinger, one of the UK’s leading contemporary artists, to create a new large multi-site Labyrinth artworks for London Underground.

Wallinger created 270 individual artworks – a new piece for each station. Because the majority of signs and cladding on London underground are fabricated from vitreous enamel, using the material for the Labyrinths was a natural choice. Mark’s designs feature bold black and red print on a white background. The slightly embossed finish of the print gives a tactile feel to each artwork. Commuters are able to interact with the art by touch – especially significant for the visually impaired. Following the path of each Labyrinth with a finger adds a level of interaction beyond just the purely visual.

The artist viewed the commission as a singular moment, where there was a rare opportunity to explore the potential of the London Underground as a whole. The Underground has a rich and world-famous relationship with graphic art, which dates back to it’s inception. Creating a poetic link with the other design icons of the underground, Wallinger ensured his labyrinth sat comfortably with both the roundel and Harry Beck’s Tube map, while still standing out as something new.

Links Signs won the manufacture and installation contract for this project. It was one of the very first projects to go through our newly built vitreous enamel plant. Vitreous enamel is hard-wearing, graffiti resistant and an extremely versatile medium which can garner a variety of finishes and results, making it particularly suited to public art projects.

In his childhood, Mark Wallinger heard the rumble of trains from the Central line, which ran close by his family home. This personal relationship with the Underground inspired his interest in public transport and fuelled a fascination with the idea of being ‘transported’ in an imaginative or spiritual sense. From this conceptual starting point, he developed his artwork around the idea of the labyrinth – an ancient symbol found in locations across the world (including Rocky Valley in Cornwall) which represents the idea of a spiritual journey.

Mark Wallinger is a Turner Prize winning artist who is perhaps most famous for his sculpture for the empty fourth plinth in Trafalgar Square, Ecce Homo (1999).

Links Signs works with artists and public bodies as art fabricators and signage providers. Supporting public art is a key aim at Links Signs, and we believe in its important role in community building, highlighting meaningful stories, and making locations more beautiful. If you are an artist, art institution or public body and would like to discuss how we can help you in an upcoming public art project, don’t hesitate to get in touch. 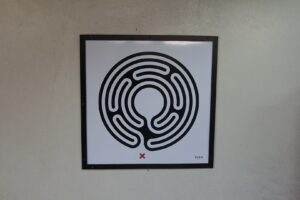 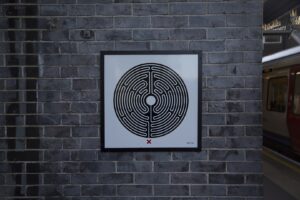 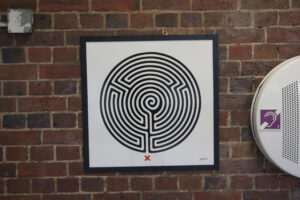 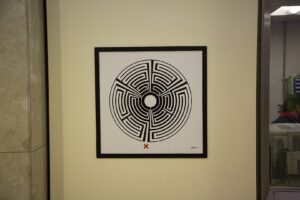 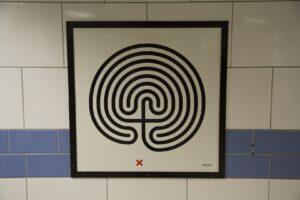 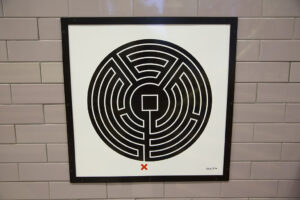