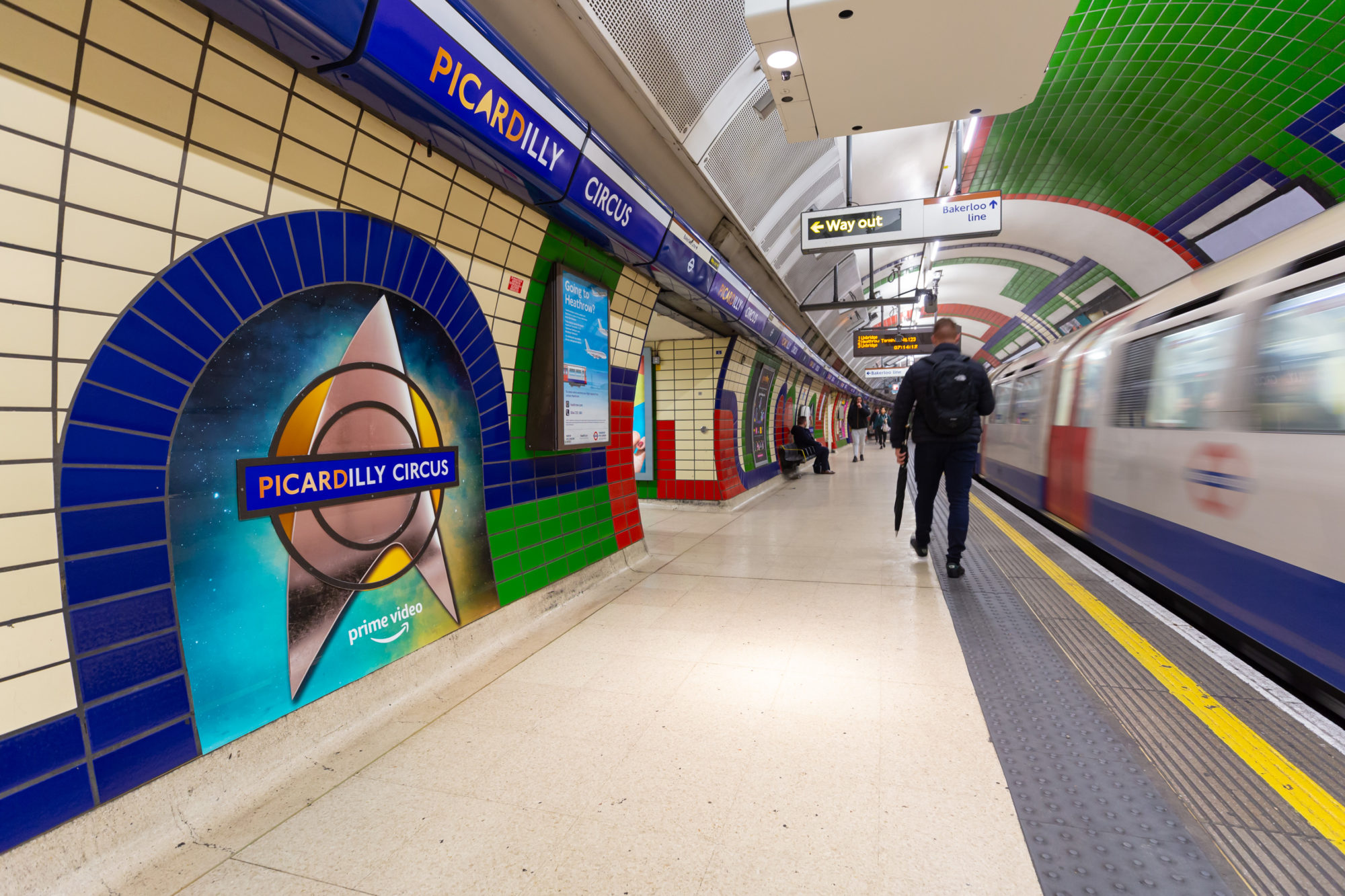 Amazon Prime, Transport for London and Links Signs have given Piccadilly Circus Station a cosmic rebrand to support the launch of the new series ‘Star Trek: Picard’ launching on January 23rd.

Travellers within the vicinity of Piccadilly Circus may have seen the result of the Links Signs’ recent partnership with Transport for London and Amazon Prime to help create PicARDilly Circus Station.

A Cosmic Makeover for an Iconic Station

Changes were made throughout the space including the transformation of the iconic TfL roundels into Starfleet Emblems. Large scale graphics and promotional materials were installed on the 15th January to be viewed by the public on the morning of the 15th.

Links Signs were contracted to survey, manufacture, install and remove all associated graphics for the project. The team entered into a competitive tendering process and were awarded the contract as a result of being a TfL accredited supplier, who hold all the relevant training and insurances to work on the operational Railway.

Fire-rated vinyl and laminate were used to produce the print and all graphics were produced in house on Links Signs HP Latex Printers. The process from award to installation took four weeks and the whole team is incredibly pleased with the quick turnaround and impact the campaign has had so far.

This campaign has created a real buzz around Star Trek’s return to our screens for the new Amazon series. The promotional overhaul has allowed Amazon to reach audiences to inform them about the release date in a creative way, celebrating a fictional character whose legacy will go down in history. In the words of Captain Picard – it has really ‘engaged!’  the public.’

The project has been picked up by publications such as Creative Bloq, Prolific London, The London Post, and Digital Arts Online to name a few.