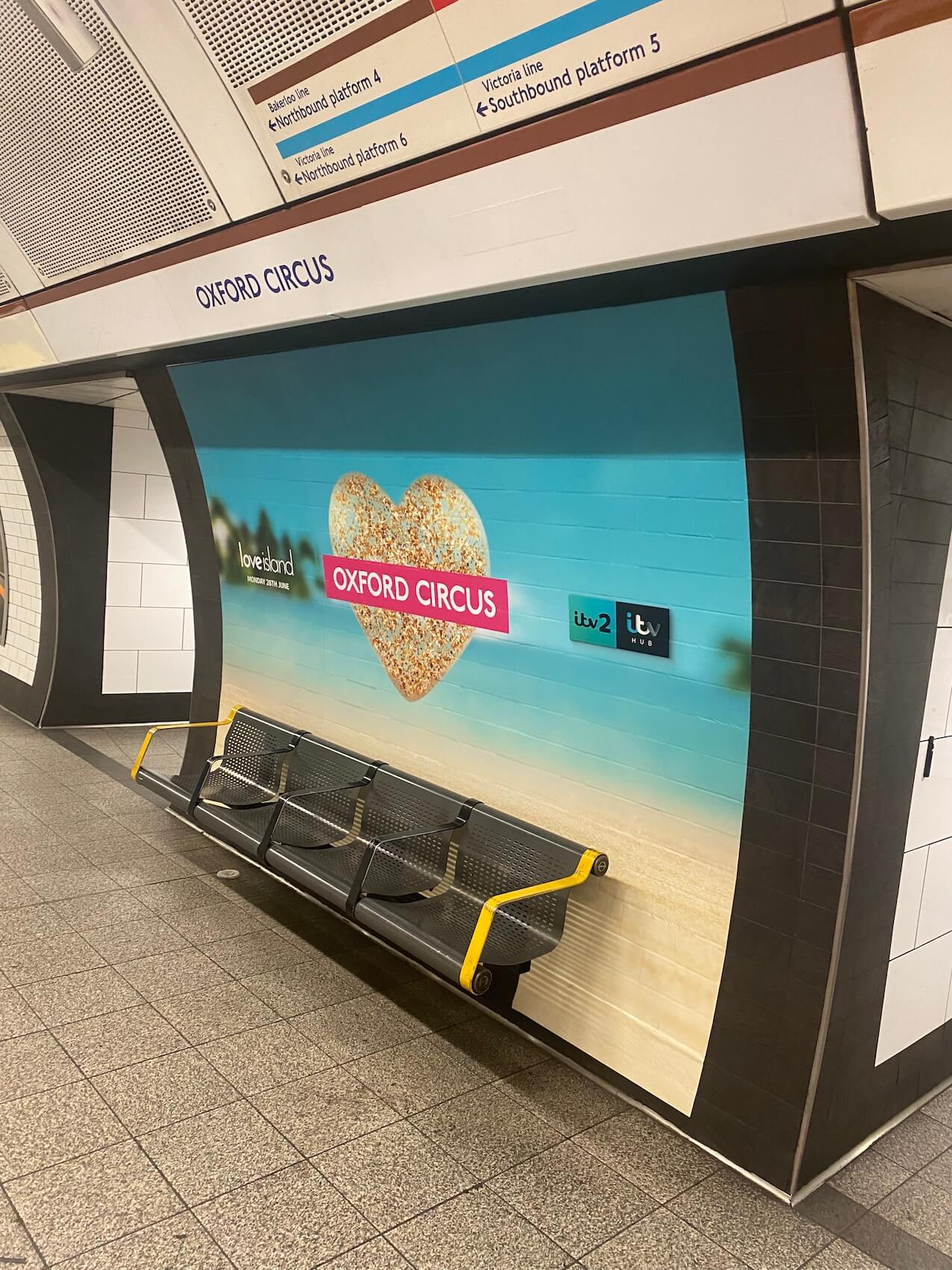 While many of us may have had our holiday hopes scuppered by the pandemic, that isn’t stopping us vicariously enjoying the sun with this year’s series of Love Island – and Links Signs have worked with TfL to ensure members of the public will ‘have their heads turned’ by a series of printed graphics in Oxford Circus station.

Safe to say, this project was ‘a bit of us’… Links Signs were approached by the Transport For London Commercial Partnership Team to install Love Island graphics for ITV at the Victoria, Bakerloo & Central line platforms at Oxford Circus, to promote the new series of the show.

Working closely with the ITV team while complying with TfL regulations, together we brought their simple, impactful concept to life, installing the signage through the night on the 23rd of June – ready for the ITV media launch on the 24th.

Having worked with TfL on a huge range of projects in the past, the Commercial Partnership Team knew Links Signs would be able to print and install the graphics in an efficient and – most importantly – compliant manner.

For graphics like these, situated in busy public spaces with plentiful foot traffic, safety and compliance are vital components of a successful project. Links Signs chose a fire resistant substrate for the graphics, to ensure it complied with TfL approved products, and would offer the perfect balance between safety, practicality, and visual impact.

Links worked closely in collaboration with ITV and TfL, attending on-site meetings to agree procedure, and identify the 6 locations in which the graphics would be installed. The process was seamlessly handled by all, from initial brief to installation – and after our installers were finished ‘grafting’, the resulting graphics are sure to catch the eyes of passersby for the duration of the campaign.

These signs are a fantastic example of how impactful even the simplest designs can be, when printed and installed effectively. Love Island is one of the most popular television shows broadcasted today, with 3.3 million tuning in to this season’s launch – and the show’s glitter-covered heart is instantly recognisable.

The graphics are sure to catch the eye of passersby, and while this year’s islanders time on the show will be determined by the success of their flirting ability, these graphics will be sure to turn heads for the entire duration.