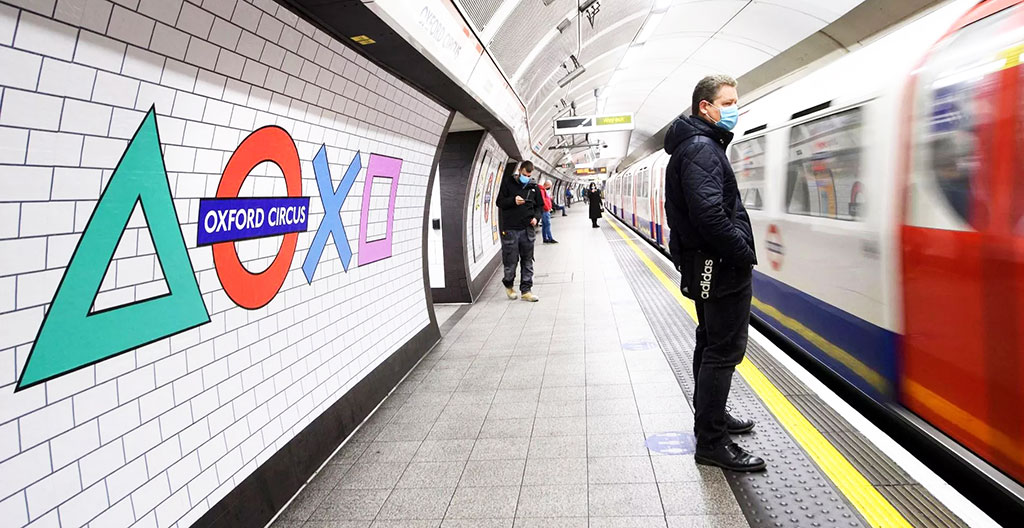 Links Signs and PlayStation’s Launch of the PS5

Working in partnership with Transport for London and PlayStation UK, Links Signs helped transform five London Underground stations for the launch of the PlayStation PS5 in the UK.

As part of a top-secret global media campaign, Links Signs installed graphics that transformed the London Underground for the launch of the PlayStation PS5.

Oxford Circus, Lancaster Gate, Seven Sisters, West Ham and Mile End stations were all part of the PS5 campaign. Sony renamed the stations as “punstations” to promote PlayStation and their iconic games. The campaign took flight on social media as soon as the passengers arrived.

Installation of all the graphics happened in one night – during engineering hours when the Underground is closed to the public. Links Signs’ fully trained and fully accredited in-house installation team undertook the complex project.  Each location varied in size and the choice of vinyl to be used. Added to this all the relevant TfL Station Platform Roundels had to be removed, labelled and stored securely ready for re-installation once the promotion finished. This resulted in a huge logistical challenge.

Involved from the concept of the campaign, Links Signs conducted detailed and extensive surveys of the stations – attention to detail was key. The survey included details like individual tile placements on the walls to create templates to ensure that Sony’s creative agency could format their creative accurately. Some of the graphics needed to seamlessly flow across the tiles already in place.

Oxford Circus featured the iconic symbols of the PlayStation 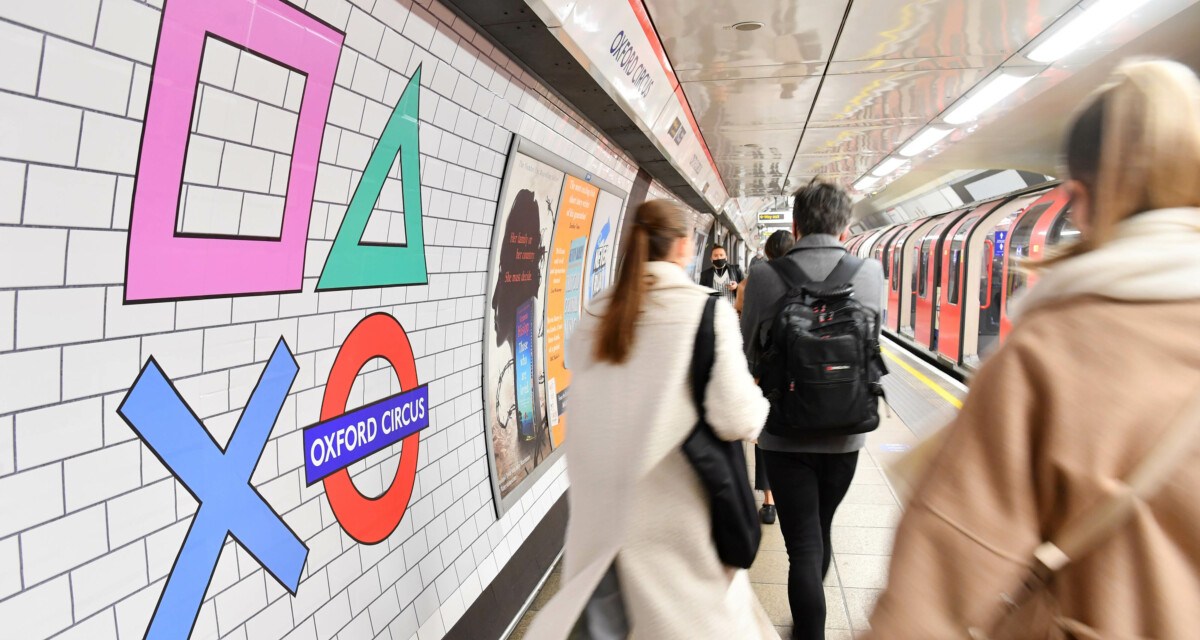 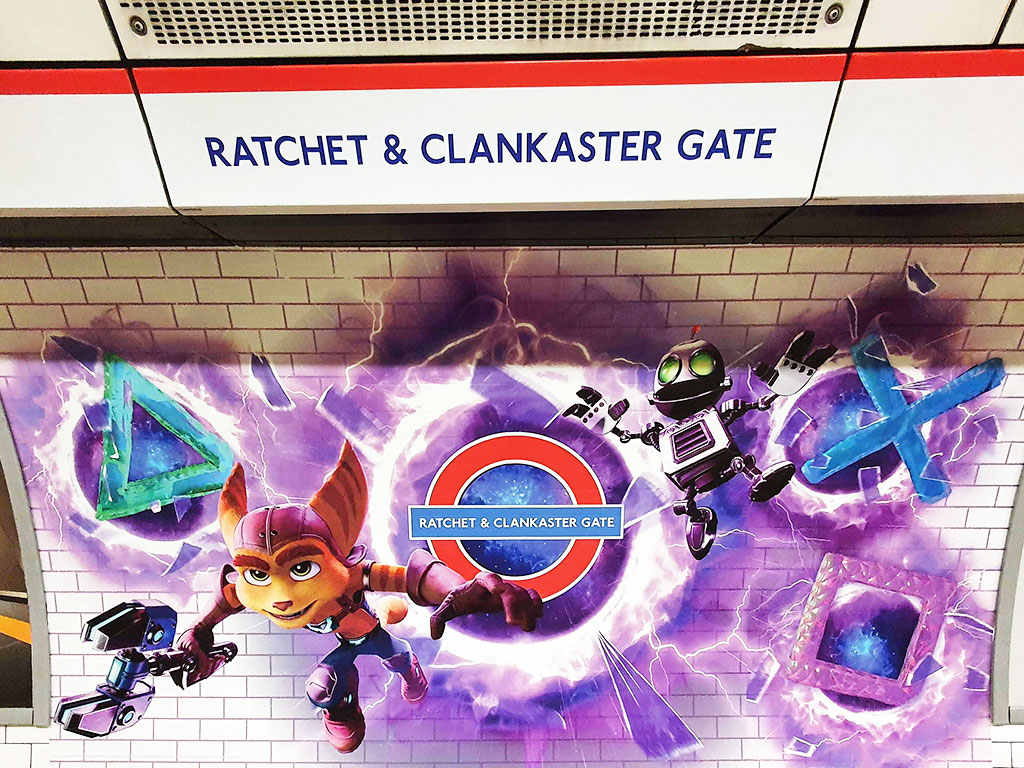 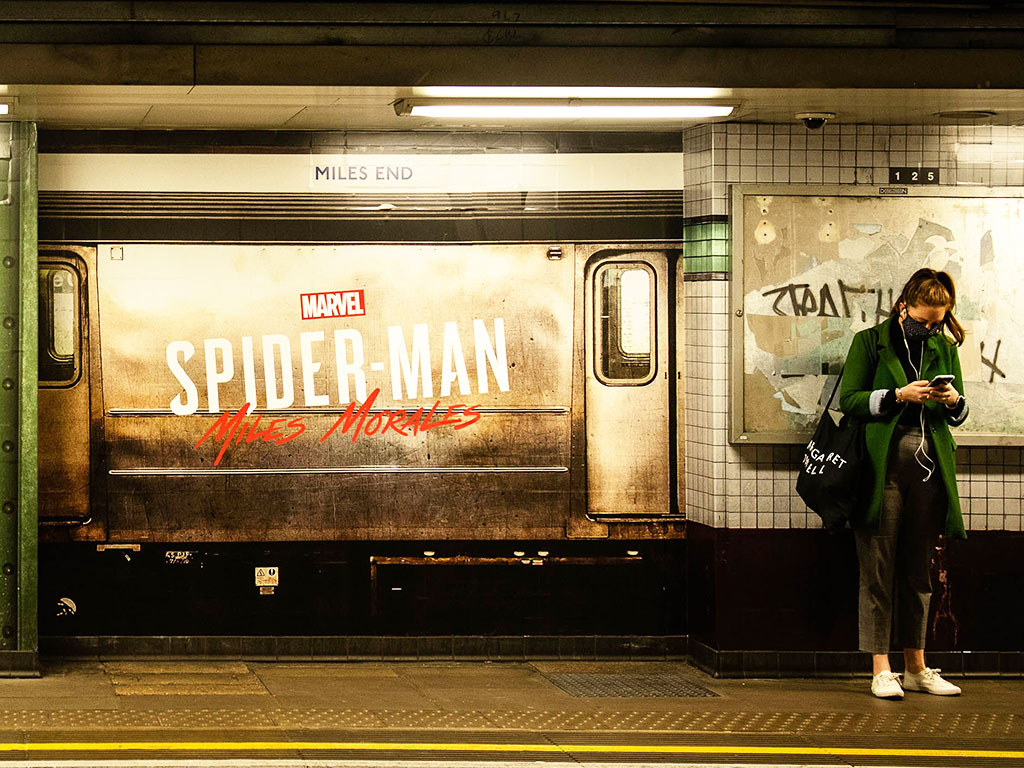 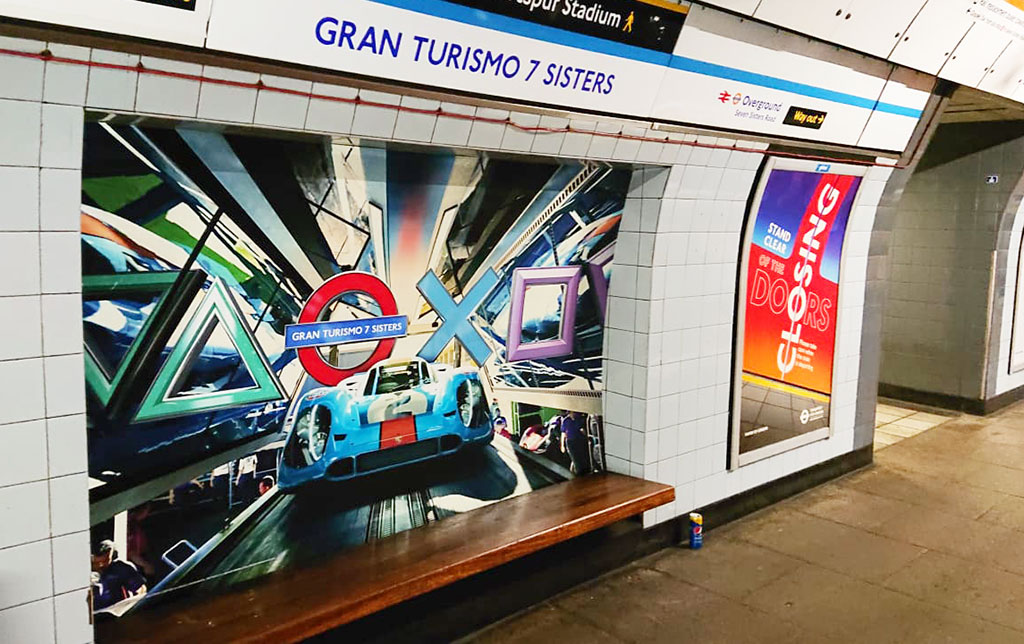 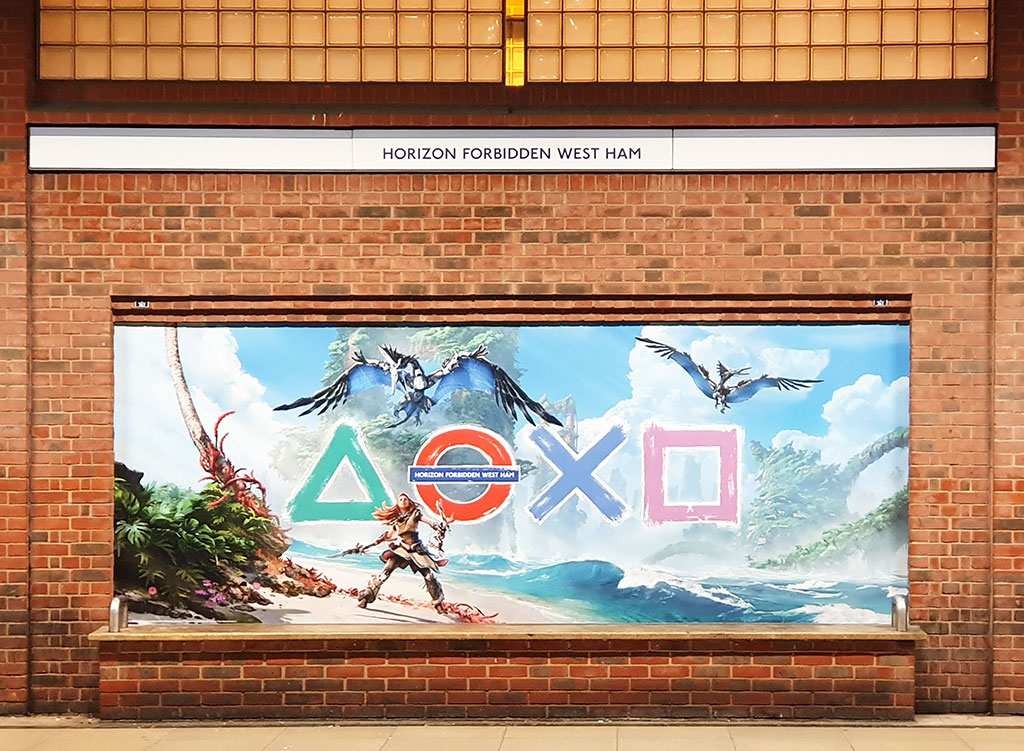