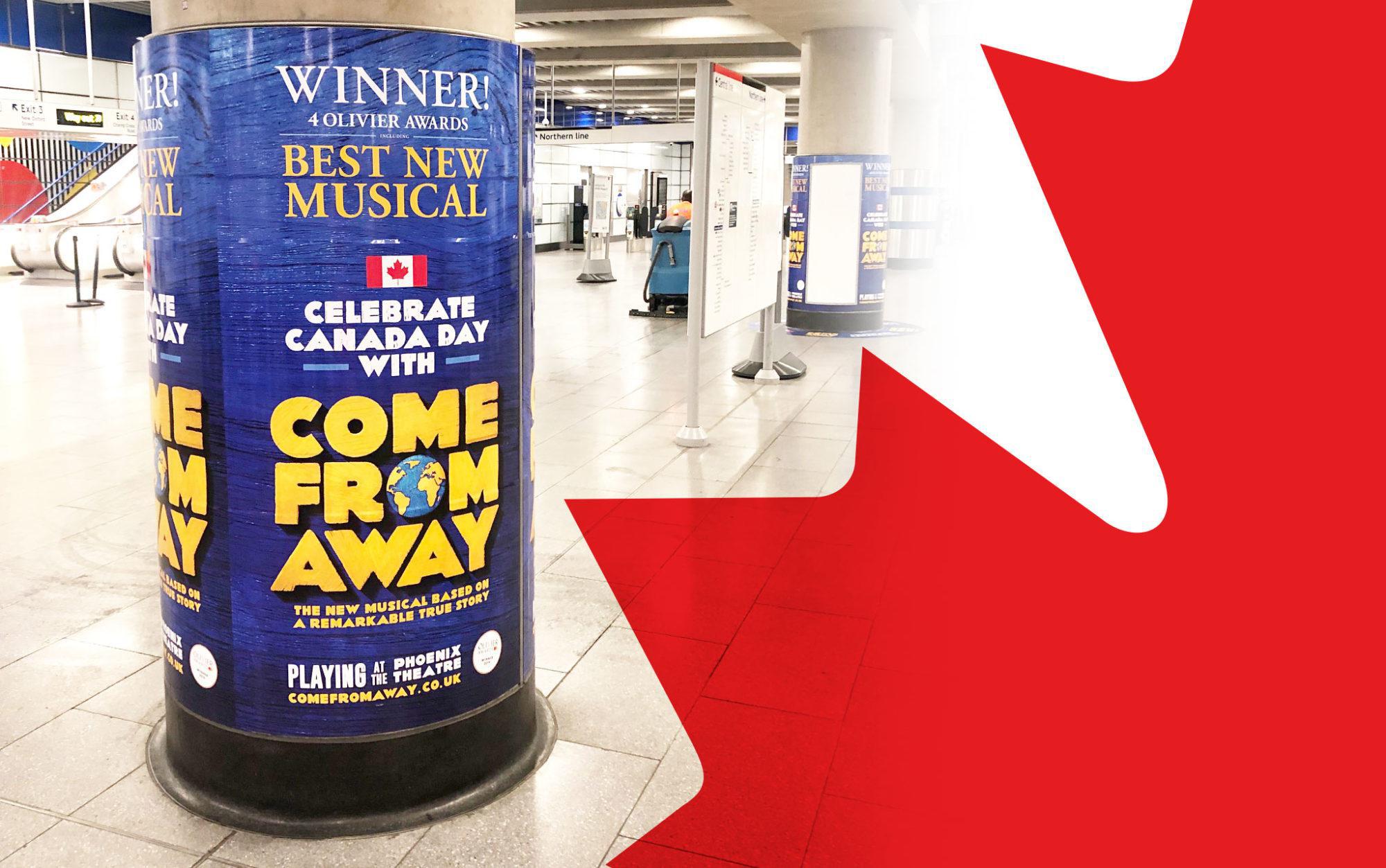 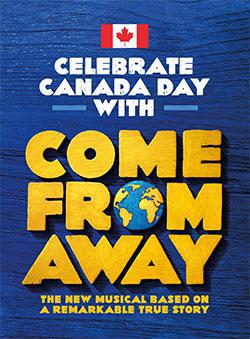 On July 1st, visitors to Tottenham Court Road station may have been forgiven for thinking they had inadvertently been transported to the land of maple syrup, mounties and unyielding politeness. Customers at the station were treated to the sight – and sounds – of the UK cast of the hit West End musical, Come from Away. The reason? Well, July 1st is Canada Day and Transport for London invited the cast of the Canadian musical to come and celebrate Canada’s national day at Tottenham Court Road – just a stone’s throw away from the Phoenix Theatre where the show is currently being staged. In addition to the live performance and in the spirit of the musical, TfL added it’s own ‘pay-it-forward’ moment. They gifted 500 free trips to lucky passengers on the day.

Transport for London, in association with Shine Creative Solutions, commissioned Links Signs to print and install a number of promotional graphics at the station. The graphics take the form of colourful vinyl column wraps, floor graphics and stand-alone posters. They each promote the musical, as well as celebrating Canada Day itself. Our Production team were able to print the graphics in a very short timeframe. Once ready, our crack team of Installers set about fitting out TCR the night before the big day.

About Come from Away

Come From Away is a multiple Olivier and Tony award-winning Canadian musical. It’s the story of 7,000 air passengers, from all over the world, grounded in Canada following the 9/11 tragedy. At it’s heart, it’s the tale of the small Newfoundland community that invited these ‘come from aways’ into their lives. It’s a celebration of hope, humanity and unity and the abiding friendships that were formed.

Were you at Tottenham Court Road to hear the cast singing a medley of songs from the musical? Perhaps you’re a Canadian, far from home, who got to experience a little slice of Canada, right in the heart of London. Either way, we hope you had a fantastic Canada Day! 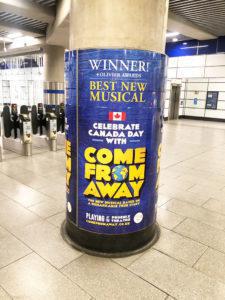 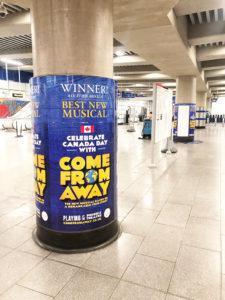 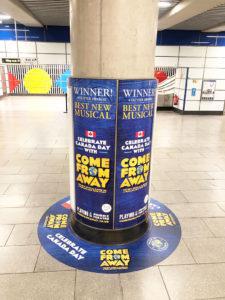 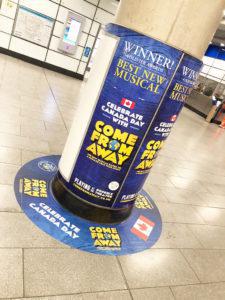 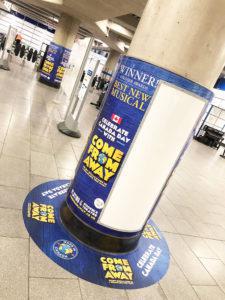 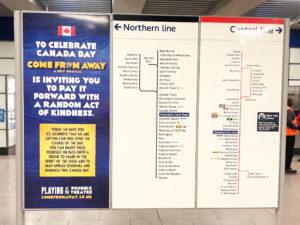